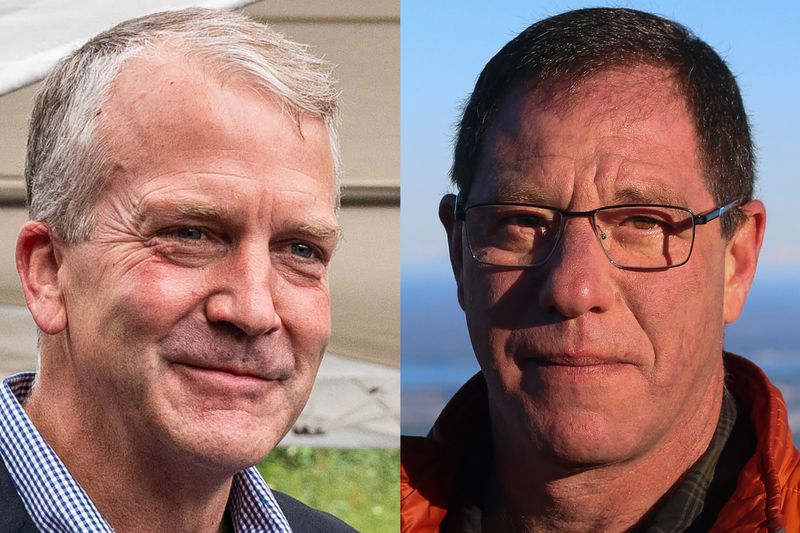 Dan Sullivan, left, and Al GrossJUNEAU — The major candidates in Alaska’s U.S. Senate race attacked each other’s integrity and clashed on issues of health care and the Supreme Court in a high-profile broadcast debate less than two weeks before the Nov. 3 election.Republican U.S. Sen. Dan Sullivan and Democratic-supported independent Al Gross somewhat shared the Anchorage debate stage; Sullivan, who appeared on a monitor beside Gross, participated from Washington, D.C., where the Senate is preparing to vote on President Donald Trump’s nomination of Amy Coney Barrett to the U.S. Supreme Court.Sullivan said he was proud to support Barrett and […]Read full article >

Flooded with patients, some hospitals are in crisis as US nears high for COVID-19 cases 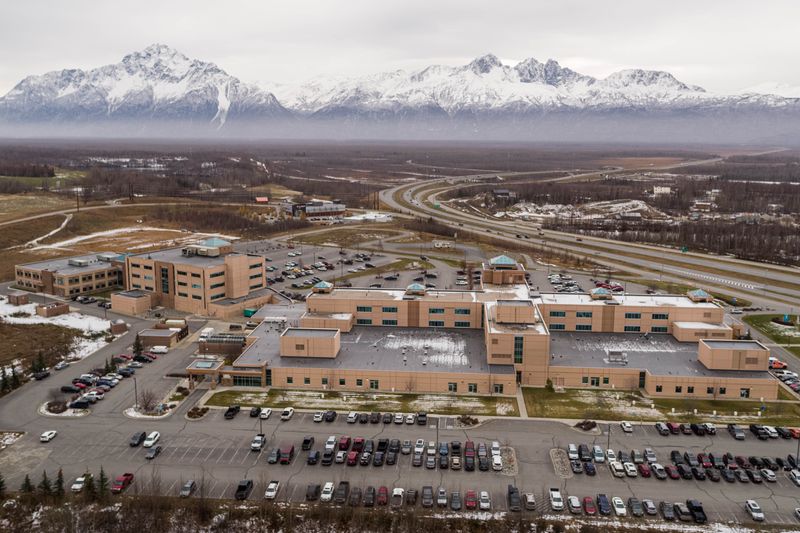 Mat-Su Regional Medical Center, photographed on Friday. (Loren Holmes / ADN) (Loren Holmes/) We’re making this important information about the pandemic available without a subscription as a public service. But we depend on reader support to do this work. Please consider joining others in supporting independent journalism in Alaska for just $3.23 a week. The state’s data on COVID-19 patients who are currently hospitalized represents a crucial metric for the public to gauge the spread of the virus and how sick it’s making people.This week, that data looked pretty good.But the data, at least for a few days, was wrong.Even as new daily […]Read full article >

I know Sen. Dan Sullivan. Dan made the choice to become an Alaskan — as many of us have. As a colonel in the Marine Corps Reserve, Dan is not a stranger to fighting for what is good and right. He has not now — or in the past — hidden or tried to dodge tough issues. Instead, he tackles them head on and often brings the fight with him. He is up front about where he stands on issues, his love for Alaska, and his desire to keep our state and country thriving. Dan supports and has fought for a stronger military presence in Alaska, including bringing $1.6 billion in military construction, opening our lands to responsible natural resource […]Read full article >

Many believed the “make America great again” promises, which President Donald Trump failed to reach. Rather, all aspects of our lives are in peril. As a citizen, I fear constitutional institutions and rights are vulnerable. Trump does not respect separation of power between the three branches of government. Trump abuses power and puts himself above the law. He is suppressing voting rights fundamental to the survival of democracy. Trump breaks alliances and emulates dictators he admires.As an educator, I fear Trump is letting students, teachers and parents down. Communities and schools need federal support and guidance to resume in-classroom […]Read full article >

The Alaska Supreme Court will not require the Alaska Division of Elections to notify voters before Election Day if their absentee ballots have been rejected.In a brief order Friday, the state’s high court said it will not review a lower-court order that denied a preliminary injunction sought by two progressive groups and a Sitka man.Dlections officials had tentatively marked 217 ballots for complete rejection and another 323 for partial rejection, according to a daily count published Friday morning. That’s less than four-tenths of one percent of all absentee ballots returned so far.Rejections will not be confirmed until the state’s absentee […]Read full article >
« Older Entries