DEAR ABBY: New mother is on her own when it comes to child care

DEAR ABBY: My stepdaughter is married to a very selfish man. They have a newborn baby, and he refuses to help her with the baby. He claims that because he works, he isn’t obligated. She cares for the baby 24/7 and does all the housework, cooking, etc. If she asks him to feed the baby in the morning, he says, “I’M hungry, so I have to have my breakfast first,” and he lets the baby cry. He also refuses to change a diaper. What can she say or do that might encourage him to change his ways? It is unfair to her to work 24/7 like this, and she is EXHAUSTED. — STEPGRANDMA IN ISRAEL DEAR STEPGRANDMA: I agree the […]Read full article > 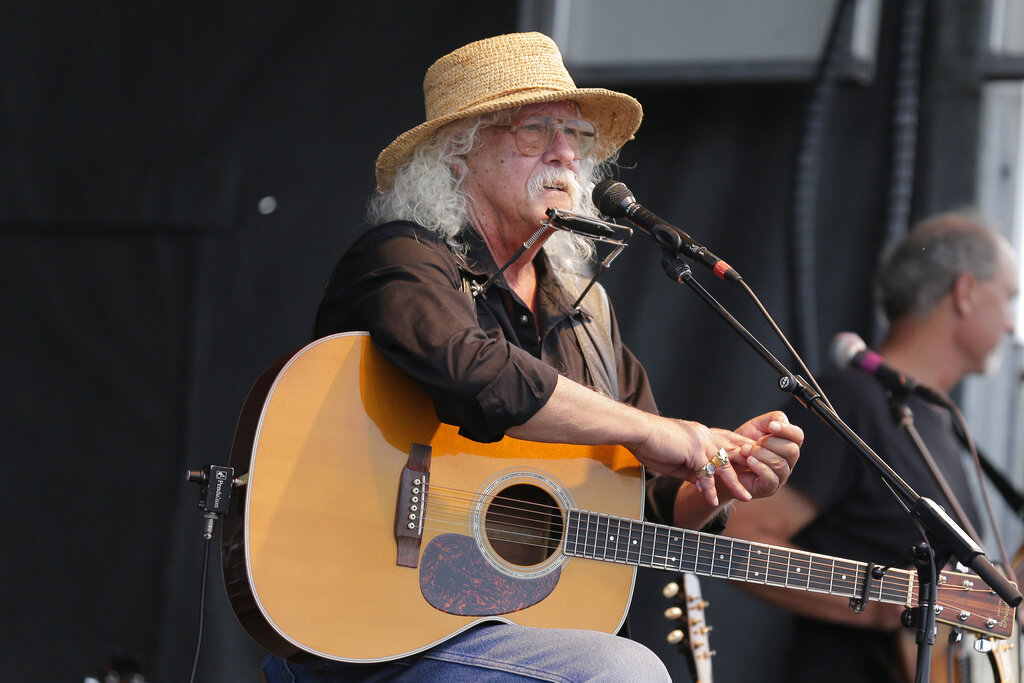 Arlo Guthrie talks during a concert at a Woodstock 50th anniversary event in Bethel, N.Y., in this Aug. 15, 2019, file photo. The 73-year-old folksinger announced Friday, Oct. 23, 2020, that he is retiring from performing, effective immediately. (AP / Seth Wenig ) LOS ANGELES — You can get anything you want at Alice’s Restaurant. But it appears we’ve seen Arlo Guthrie tell us that in person for the last time. In lengthy posts on his Facebook page and website, the 73-year-old folksinger announced Friday he is retiring from performance immediately. He’s canceled numerous shows he had planned around the country for the […]Read full article > 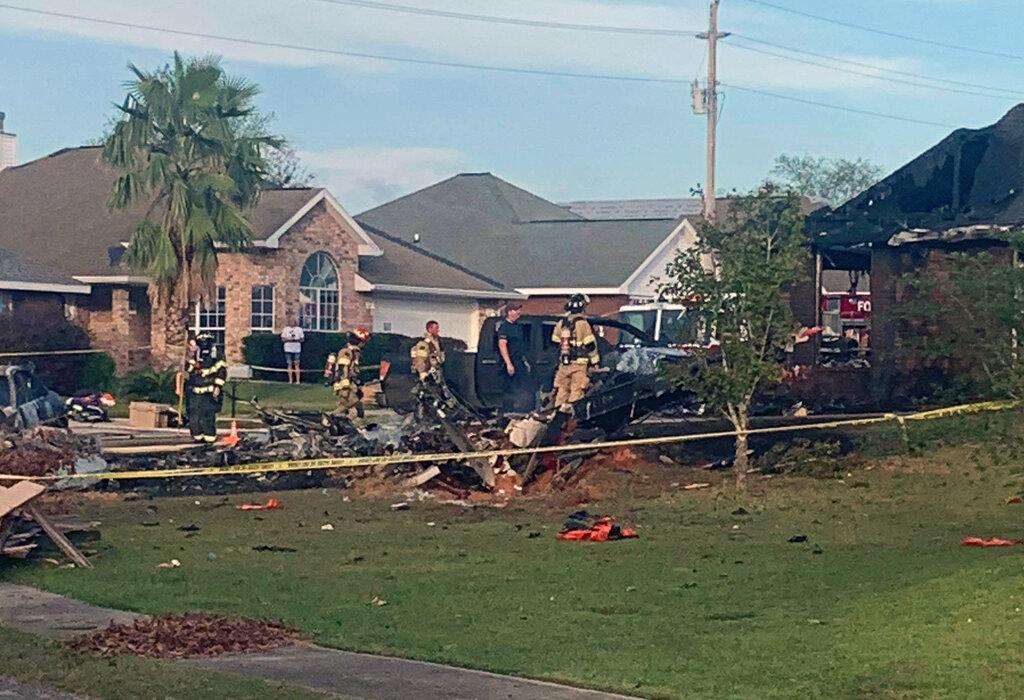 This photo provided by Greg Crippen shows the scene where a U.S. Navy training plane crashed near Foley, Ala., in a residential neighborhood near the Gulf Coast on Friday, Oct. 23, 2020. (AP / Greg Crippen ) FOLEY, Ala. — A U.S. Navy training plane that took off from Florida crashed Friday in an Alabama residential neighborhood near the Gulf Coast, killing both people in the plane, authorities said. Zach Harrell, a spokesperson for Commander, Naval Air Forces, said both people in the T-6B Texan II training plane died, but they weren’t immediately releasing their names. No injuries were reported on the ground. Foley, Ala., Fire […]Read full article > 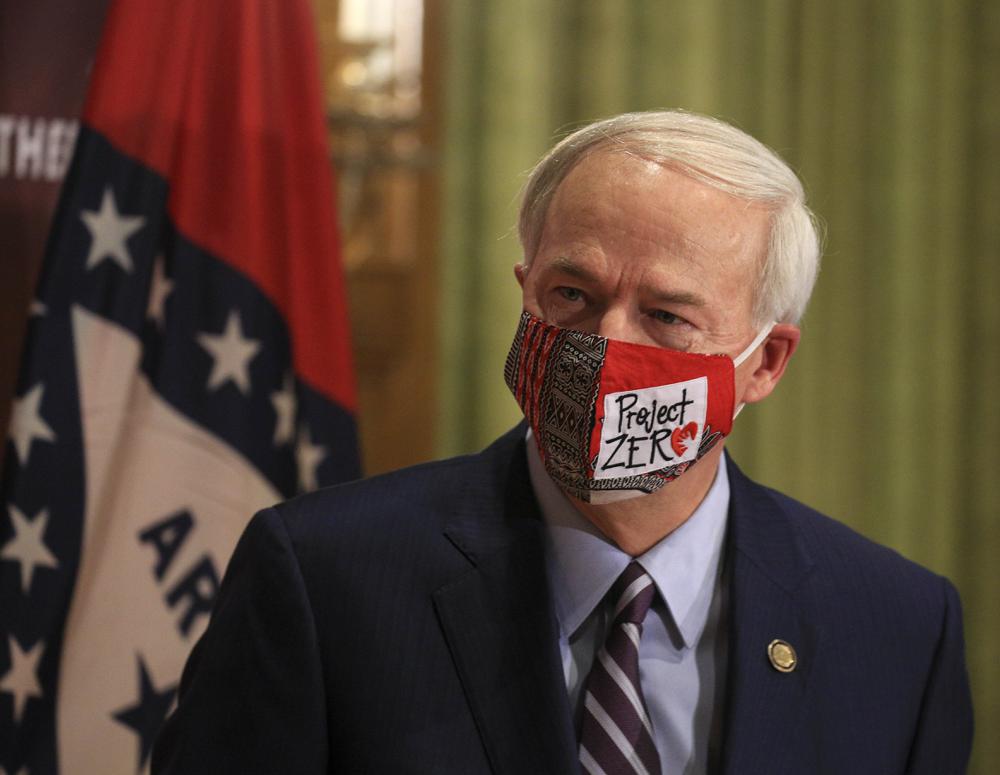 Gov. Asa Hutchinson arrives Tuesday Sept. 29, 2020 in Little Rock for his weekly covid-19 briefing at the state Capitol. See more photos at arkansasonline.com/930governor/. (Arkansas Democrat-Gazette/Staton Breidenthal) ( Arkansas Democrat-Gazette / Staton Breidenthal) ​​​​​Arkansas’ count of coronavirus cases rose Friday by 1,337 — the largest one-day increase since the start of the pandemic and the first one that has topped 1,300. The state’s death toll from the virus, as tracked by the Department of Health, rose by 10, to 1,782. “Today we see new cases significantly higher than last […]Read full article > 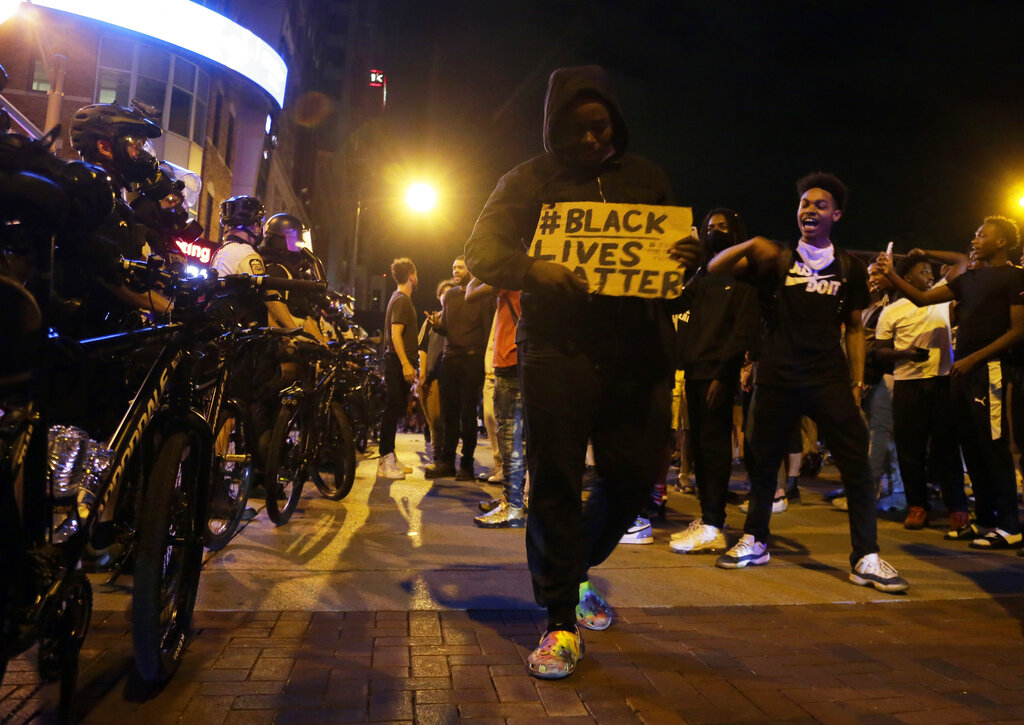 Protesters hold signs and walk past a line of police in downtown Columbus, Ohio, in this Thursday, May 28, 2020, file photo. A federal prosecutor announced Friday, Oct. 23, 2020, that she has charged a Texas man with traveling across state lines to participate in a riot, accusing him of opening fire on a Minneapolis police station during the May 28 protest over the death of George Floyd. (The Columbus Dispatch via AP / Barbara J. Perenic ) MINNEAPOLIS — A Texas man who says he is affiliated with the Boogaloo Bois anti-government movement and is suspected of opening fire on a Minneapolis police station during a protest in May is facing […]Read full article > 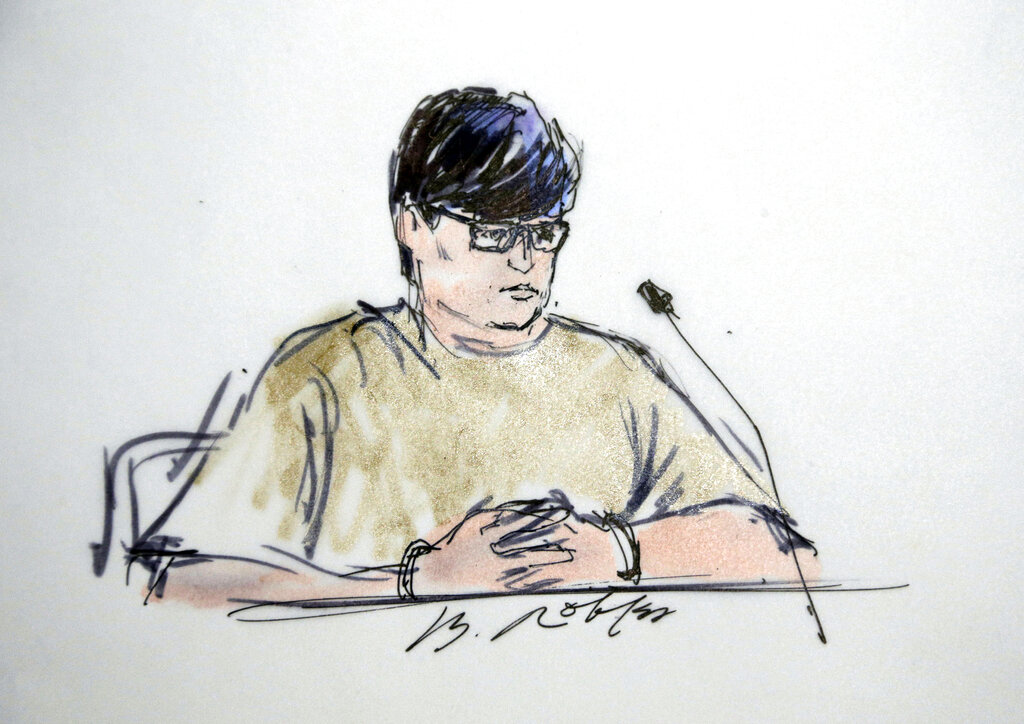 Man who bought guns used in ’15 massacre gets 20 years

Enrique Marquez Jr. is shown in federal court in Riverside, Calif., in this Dec. 17, 2015, courtroom sketch. Marquez was sentenced Friday, Oct. 23, 2020, to 20 years in prison for buying two rifles that a husband and wife used to kill 14 people in a San Bernardino, Calif., terror attack. (AP / Bill Robles ) RIVERSIDE, Calif. — The man who bought two rifles that terrorists used to kill 14 people in a 2015 terror attack in San Bernardino, California, has been sentenced to 20 years in prison. Enrique Marquez Jr. was sentenced Friday for supplying the rifles used by his friend Syed Rizwan Farook and Farook’s wife to open fire on a […]Read full article >
« Older Entries