North Macedonia, Kosovo and Bulgaria signed an agreement with the US this Friday on high-speed broadband network security. The “Clean Network” initiative aims to eliminate ”long-term threats to data privacy, security and human rights posed to the free world from authoritarian malign actors, such as the Chinese Communist Party,” according the US Department of State. The US has become increasingly concerned about the dominance of Chinese companies in constructing 5G internet networks. The Trump administration has heavily restricted Chinese telecoms company Huawei’s actions in the US and urged […]Read full article >

Some 10,000 people marched through the Hungarian capital of Budapest on Friday, expressing their frustration at moves by the government to undermine academic freedom, and in particular over the lack of autonomy for the University of Theater and Film Arts (SZFE). The demonstration, named ”For all of our freedom!” by organizers, took place intentionally on October 23 to coincide with the anniversary of Hungary’s anti-Soviet uprising in 1956, a student-led revolution designed to fight back against oppression. Speakers on Friday accused Prime Minister Viktor Orban of limiting academic freedom and […]Read full article >

The coronavirus pandemic has inspired Austria to make stamps out of toilet paper, the country’s postal service announced on Friday. The national delivery service said it got the idea for the three-layered stamp when hygienic products, in particular toilet paper, became a symbol for panic shopping sprees. The splurges were sparked by lockdowns implemented to curb infections as the pandemic took hold across Europe earlier this year. Caught short However, it took several months to turn the vision into reality due to a lack of material. “Domestic toilet paper was sold out for a long time […]Read full article > 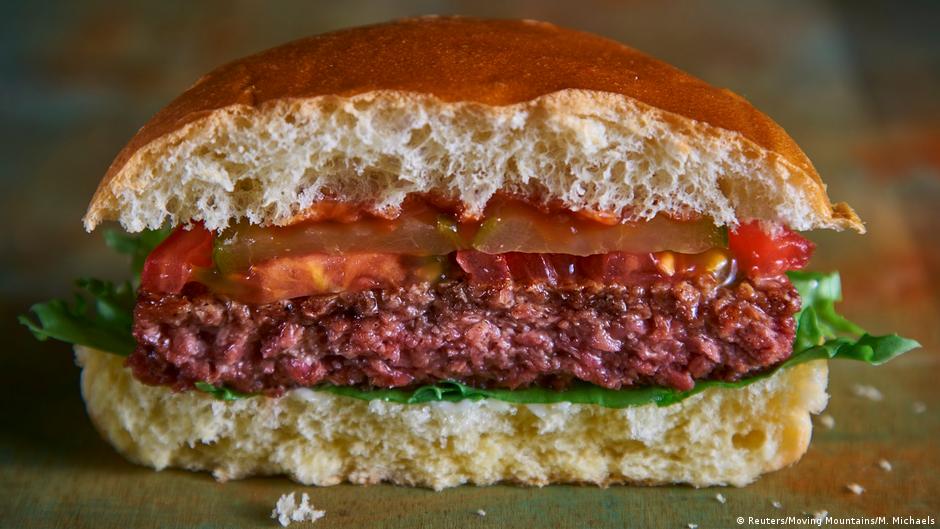 The European Parliament on Friday voted to allow producers of meatless foodstuffs to continue calling them “sausages” and “burgers” if they desire, rejecting a proposal to have such trade practices banned. The motion had proposed that “names … currently used for meat products and meat preparations shall be reserved exclusively for products containing meat,” using the examples of steak, sausage, escalope, burger and hamburger. The proposed amendments were made following pressure from the meat lobby and agricultural associations, who said that otherwise, meat-eating consumers could […]Read full article >

The French battle for freedom of speech: ‘It’s all about the principle’

DW: A week ago, Samuel Paty, a teacher, was killed in Paris. France commemorated his death with a funeral service at the Sorbonne. He was even given a posthumous Legion of Honor award. What is the atmosphere like in Paris and in France right now? Romy Strassenburg: The funeral service was very touching, not necessarily the entire event with the Republican Guard, but many people came together and applauded outside the Sorbonne, despite the curfew. It was very emotional and terribly sad. Earlier, politicians had wanted to demonstrate their ability to take action: they closed a mosque suspected of harboring radical Islamist […]Read full article >

Putin says he allowed Alexei Navalny to get treatment in Germany

Russian authorities could have legally prevented opposition leader Alexei Navalny from leaving the country while in a coma, Russian President Vladimir Putin said on Thursday. However, Putin said he personally asked Russian prosecutors to allow the trip, adding that he intervened after an appeal from Navalny’s wife. Following Navalny’s collapse in August, his wife Yulia sent a letter to Putin asking him to allow her husband to be flown to Germany for medical treatment. “I immediately asked the general prosecutors’ office to allow this, and he left,” Putin said during a televised video […]Read full article >
« Older Entries