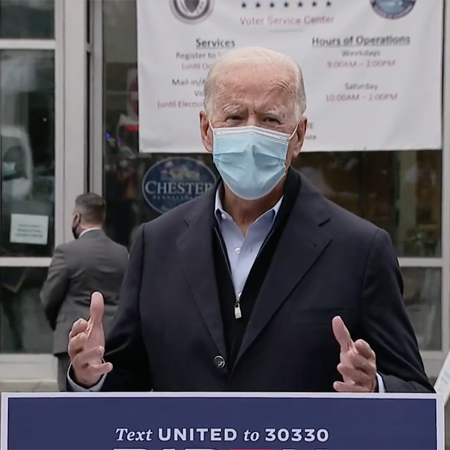 Quick Take A false claim on social media suggests former Vice President Joe Biden has stopped all in-person campaigning until the election. He has plans to visit several states before Nov. 3. Full Story Conservative websites and social media accounts are pushing a false claim that former Vice President Joe Biden has decided to suspend in-person campaigning until the Nov. 3 election. In reality, Biden visited Pennsylvania on Oct. 26 after the claim began racking up thousands of shares across platforms — and he has plans to visit other states in the final days of the campaign. “I’m going to be going to Iowa, I’m going to Wisconsin, I’m going […]Read full article >

In early October, about 2,100 voters in Los Angeles County accidentally received mail-in ballots that were missing the presidential race entirely. The county sent corrected ballots to them. But President Donald Trump appears to have twisted the episode to claim the ballots “had everything on it” except “my name.” Trump made the claim in two campaign rallies. He told a crowd in Erie, Pennsylvania, on Oct. 20 about “phony fake ballots,” saying: “How about the ones that were printed without my name on it, right? They had everything on it. They had every race, they had everything. You had the Senate, you had everything, they forgot to put me […]Read full article > 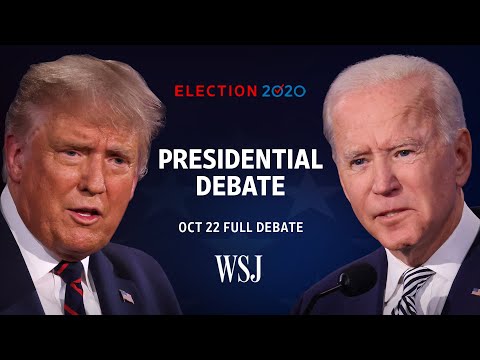 Quick Take President Donald Trump didn’t say “‘GOOD’ about the kids being separated from the parents” at the southern border during the final presidential debate, as social media posts wrongly claim. He said “go ahead” to the moderator, who was trying to move on to the next topic. Full Story During the final presidential debate on Oct. 22, President Donald Trump made some false and misleading claims about immigration and his administration’s policy that led to mass separations of immigrant families, as we explained. But some Trump critics took to social media during the debate and spread their own faulty claim on the subject by wrongly […]Read full article > 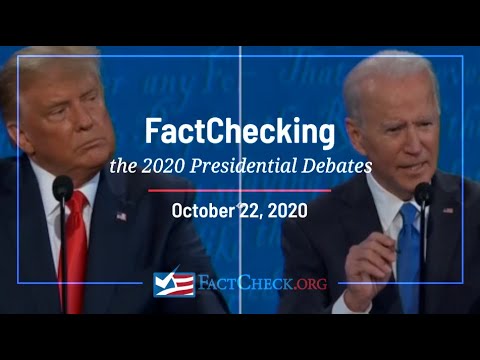 In this video, we review several false and misleading claims that President Donald Trump and former Vice President Joe Biden made at the final presidential debate on Oct. 22. Here are the claims that we cover in the video: Trump accused Biden of receiving “$3.5 million from Russia.” There’s no evidence of that. Biden claimed Social Security’s chief actuary said if Trump “continues his plan to withhold the tax on Social Security” the program “will be bankrupt by 2023.” Trump hasn’t proposed ending the tax without providing alternative funding, the scenario the actuary assessed. Trump misleadingly suggested the Obama administration was to […]Read full article > 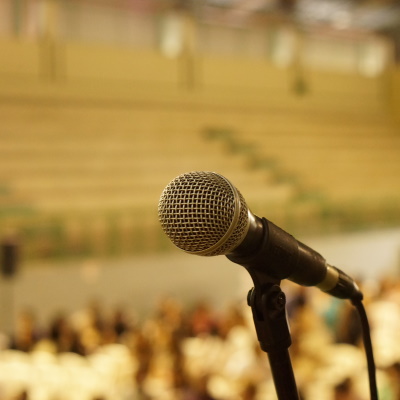 Quick Take A tabloid story alleging that Kristen Welker, moderator of the final presidential debate, is politically biased has spawned several falsehoods on social media. Welker hasn’t donated to any federal candidates, and she wasn’t “busted” for revealing a question to the Clinton campaign in 2016. Full Story Social media posts are targeting Kristen Welker, an NBC White House correspondent since 2011 who is scheduled to moderate the final presidential debate for the 2020 election on Oct. 22. The posts aim at discrediting Welker, making her appear to be biased against President Donald Trump. The president called her a “radical Democrat” […]Read full article >

Biden on the Stump

After months of doing mostly virtual events due to the COVID-19 pandemic, Democratic presidential nominee Joe Biden returned to in-person events with small, socially distanced crowds in September. He’s kept up his travel in October. We reviewed Biden’s speeches on the stump between Oct. 12 and 16. He held six events over three days in swing states: two in Ohio, two in Florida and two more in Michigan. All combined, he spoke for almost two hours and 46 minutes, or less than 30 minutes per speech. His shortest speech (in Detroit) was about 19 minutes, and his longest (in Cincinnati) was more than 34 minutes. Here, we’ve compiled his false, […]Read full article >
« Older Entries